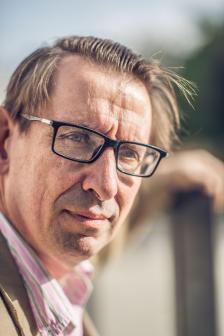 Dr. Stefan Szymanski came to the University of Michigan School of Kinesiology as the Stephen J. Galetti Professor of Sport Management in 2011. Before that he had appointments at London Business School, Imperial College Business School, and Cass Business School, all in London. Dr. Szymanski completed an undergraduate degree at the University of Oxford, and received his PhD in Economics at Birkbeck College, University of London. As a leading expert in the economics of sports in general and soccer in particular, he is widely quoted in the media and has written op-eds for the New York Times, Washington Post, and Financial Times. You can follow him on Twitter (@sszy) and on his blog (soccernomics-agency.com).

Dr. Szymanski has authored more than one hundred academic papers published in reviewed journals, mostly on the economics and history of sport. He is the author of several books, including the New York Times bestseller Soccernomics (with Simon Kuper), the fourth edition of which appeared in 2018. The book has been translated into fifteen languages. A history of sports in Detroit (co-authored with Silke Weineck) will be published in 2020.

Dr. Szymanski has appeared as an expert witness on the economics of sport in numerous court cases on issues such as the collective sale of broadcast rights, the valuation of soccer clubs, and recently for the US Department of Justice on the economics of corruption in relation to the trial of former FIFA executives.

He is currently leading the development of a series of MOOCs (massive open online courses) on programming sports analytics in Python in collaboration with the U-M School of Information.

Sports management and economics; sport history, culture and society; European sport and the internationalization of sport; international sports federations and the governance of sport.