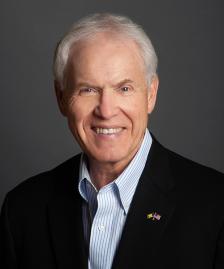 Dr. Ron Zernicke is professor of Orthopaedic Surgery, Kinesiology, and Biomedical Engineering at the University of Michigan. He served as dean of the U-M School of Kinesiology and is currently director of the U-M Exercise & Sport Science Initiative (essi.umich.edu).

He served as president of the Canadian (CSB), American (ASB), and International (ISB) Societies of Biomechanics, and the National Academy of Kinesiology. He has received research awards from: NASA, ASB, ISB, CSB, and Canadian Orthopaedic Research Society (CORS). He is an elected Fellow of ISB, CSB, ASB, American College of Sports Medicine, and National Academy of Kinesiology, and an Honorary Member of CORS.