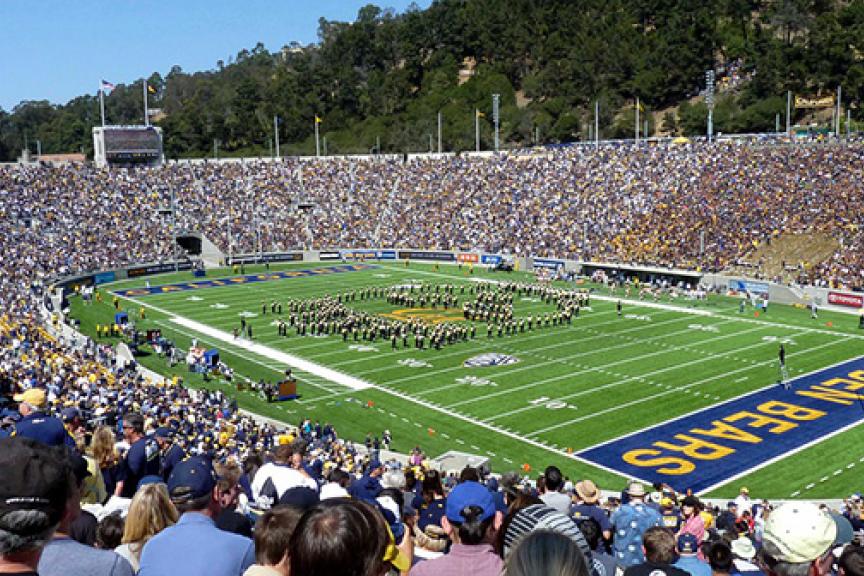 The State of California is calling its shot.

On September 30, Gov. Gavin Newsom signed into law legislation allowing California student-athletes to profit from their name, image, and likeness, taking aim the amateurism rules of the National Collegiate Athletic Association (NCAA). The new bill, effectively known as the “Fair Pay to Play Act,” was introduced by Sen. Nancy Skinner and will take effect on January 1, 2023.

The bill does the following:

The bill also states that a student-athlete shall not enter into a contract providing compensation for the athlete’s name, image, and likeness if the contract is in conflict with the athlete’s team contract. This bill doesn’t apply to community colleges.

According to Sport Management Professor Rodney Fort, while universities will not be paying student-athletes, they can’t stop them from signing endorsements and sponsorships. This means athletes could, for example, get paid for youth coaching positions, participating in youth camps, offering private lessons, or for signing an autograph. He also clarified the term “prospective intercollegiate student-athlete” to mean a high school student, basing the definition on conversations with his contacts in California.

For Fort, the question isn’t athletes getting paid (they do receive payment in terms of allowable NCAA grants in aid). It’s the question of whether or not college athletes are getting the correct compensation and value beyond their cost-of-attendance, based on what the athlete brings to the university. This is where the name, image, and likeness value falls.

He further explained that, from an analyst perspective, the athlete compensation question ultimately asks for an opinion, or value judgment, of a student-athlete and their compensation to their university's athletic department. One such judgment is that athletes get fair value based on the number of tuition dollars and networking opportunities they receive, in addition to the opportunity to play professionally. The other side points to athlete’s compensation not being in line with the contribution they are making to the value of their institution's athletic program and the lack of long-term health care coverage.

He explained the name, image, and likeness law will help athletes have a name/image/likeness commodity for local purposes. But what it will not do is serve “as the wedge that breaks the dam of all athletes getting compensated beyond their grant-in-aid.”

Critics say this law will create an unfair advantage for California teams, but Fort said that, realistically, it should only change for a few players. Citing football as an example, Fort said the divide is already present because players are choosing where to take their talents to get the best exposure to play professionally. “Not everyone will see the value of that move in order to make some amount of money from a few thousand to a few hundred thousand, in the case of a few,” he said. “And there are just not that many slots in the first place, so there is going to be a whole lot of talent out there playing a whole lot of other good football across the rest of the schools. All of the rest of the athletes will be sorting themselves out across those schools in a way that they’re doing now. The level of play might be down by the eight or 12 star athletes that didn’t sort through the other 130 FBS schools.”

Fort also pointed out that the NCAA could put California NCAA members on probation and ban them from participating in any postseason play if an agreement isn’t reached. “The NCAA has to sanction every bowl game, all the post-season activity…which means teams that aren’t sanctioned under the NCAA umbrella can’t play in those games. If they do, the NCAA will not sanction that bowl game. They can still play…it just won’t count,” Fort explained.

This could also stop teams from scheduling any schools from California. “It just doesn’t seem likely that that’s going to change the balance at all because well, you're not going to be playing those guys anyway,” he said.

Ohio State University Athletic Director Gene Smith already said that OSU would not schedule games against teams from California or any state that passes similar legislation.

Fort also refuted the arguments about the Fair Pay to Play Act widening the inequality between men’s and women’s sports, saying, “that’s impossible.”

“It’s not about their revenues. It’s not about anything except Title IX compliance, and universities will simply not allow women’s sports to be given short shift,” he said. Fort further explained that university administration oversees the athletic budget, and with all of the federal funding that is allocated under Title IX, the administration will stay in compliance. So if there came a day where athletic departments could broker deals for its athletes, they would have to broker deals so that the women have equal opportunity with the men.

He went on to layout multiple scenarios of how this law could play out when the calendar flips to January 1, 2023. According to Fort, the first scenario would be the NCAA and the State of California not reaching an agreement before the law takes effect, and the NCAA following through on sanctioning California schools. However, this would cause the schools to file multiple anti-trust lawsuits against the NCAA, which could tie up the courts like the O’Bannon v. NCAA (name, image, and likeness lawsuit) and Alston v. NCAA court cases. In Altson v. NCAA, the plaintiffs challenged the legality of the NCAA and its member institutions’ practice of capping grants-in-aid at the cost-of-attendance.

According to Fort, the NCAA creating a national standard for its member institutions is the likely outcome. “It will probably be something like here’s how much [money]; take out however much the athletic department identifies as name, image, likeness. Take a percentage of it that’s highest for the department and lowest for the athlete, set it aside in an escrow account until athletes begin to graduate, and when they graduate, there will be some assigned payment to each athlete as they exhaust their eligibility,” he theorized.

The NCAA has established a working group comprised of member representation from all three NCAA divisions to examine the NCAA’s position on the issue of name, image, and likeness benefits. According to the NCAA Board of Governors, the committee will not consider any concepts focusing on universities paying student-athletes for participating in intercollegiate athletics.

The committee will present its summary to the NCAA Board of Governors on Tuesday, October 29 and potentially propose rule modifications tied to education. “There will be a change in the direction of athletes being able to collect under name, image, likeness rights, but it won’t be the one the market would have determined in the California law case. But it will be good enough for everyone involved, and they’ll just adopt it,” Fort said.

“They [the NCAA] don’t have blinders on,” Fort said. “They can see there is growing sentiment, and they are responding.”