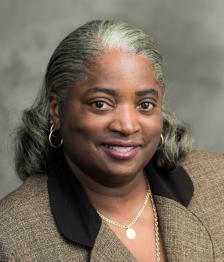 Dr. Ketra L. Armstrong (a proud Tupelo, MS native) is a Professor of Sport Management, Director of Diversity, Equity, & Inclusion, and Director of the Center for Race & Ethnicity in Sport in the School of Kinesiology at the University of Michigan (U-M). She is a University Diversity & Social Transformation Professor, and also an Affiliate Faculty in the U-M Departments of Afroamerican and African Studies, Women’s and Gender Studies, and the Institute for Research on Women and Gender, and she is a member of the Diversity Scholars Network at the National Center for Institutional Diversity (NCID). She also serves as U-M’s NCAA Faculty Athletics Representative. Prior to her employment at U-M, Dr. Armstrong served as Professor and Director of the Graduate Program in Sport Management at California State University, Long Beach (CSULB), and as an Assistant and Associate Professor of Sport Management at The Ohio State University (OSU).

Dr. Armstrong’s scholarship converges on the topics of race, gender, and the social psychology of sport/leisure consumption and the management thereof. Her research has been featured in numerous journals (Journal of Sport Management, Sport Marketing Quarterly, Journal of Sport and Social Issues, Journal of Sport Behavior, Innovative Marketing, Journal of Black Psychology, Journal of Black Studies, Western Journal of Black Studies, and others). The article for which she was the lead author, ‘Market Analyses of Race and Sport Consumption,’ received the distinction of being among the top 20 articles published in the past 20 years by Sport Marketing Quarterly. She is a Research Fellow in the North American Society for Sport Management, and a Fellow in the National Academy of Kinesiology. She offered Coursera (online) Teach-Outs on Free Speech in Sport, Police Brutality in America, and Feminism, and she is presently authoring a book on Race and Sport. She has delivered numerous presentations, workshops, and webinars on matters related to diversity, equity, and inclusion.

In addition to Dr. Armstrong’s scholarly pursuits, she amassed a wealth of practical experience in sport. She is a former NCAA Division I scholarship student athlete (basketball player), coach (women’s basketball), and athletic administrator. Over the years, she has performed integral roles in the advising/consulting, research, management, marketing, and/or media relations for numerous youth, community, collegiate, professional, and international sport events. Her professional service includes but is not limited to being a former member of the NCAA Gender Equity Task Force, former Vice-President of the NCAA Scholarly Colloquium and Social Justice Symposium, former President of the National Association for Girls and Women in Sport, former Internal Advisory Board Member for the U-M SHARP Research Center (for Girls and Women), former Board Member of the National Women’s Hall of Fame, and former Member of the prestigious Wade Trophy Selection Committee (NCAA women’s basketball). She currently serves on the Governor of Michigan’s Task Force on Women in Sport. For her longstanding dedication to gender equity, Dr. Armstrong was the 2010 NAGWS Honorary Guiding Woman in Sport. As a testament to her commitment to diversity and social justice, she received the 2014 U-M Harold L. Johnson Diversity Service Award, the 2015 Charles D. Henry Award from SHAPE America, and she was a 2015 Leadership Fellow in the NCID.

Dr. Armstrong was also a freelance sport journalist: she hosted Insight Sports: Ketra’s Korner (a news-magazine sport talk show), was the sports reporter on a morning radio show, and served as a color analyst for women’s basketball. In 2001 she received the Newsmaker of the Year Award from the Columbus, OH Association of Black Journalists; in 2009, she was the narrator and co-Executive Producer of Title IX: Implications for Women in Sport and Education (a 3-Disc, 14 chapter DVD); in 2012 she was the host of Inside Michigan Women’s Basketball on M-GOBLUE.com, and she was the Faculty Advisor for the U-M Student Chapter of the Association for Women in Sport Media, which was voted the 2014 National Chapter of the Year.