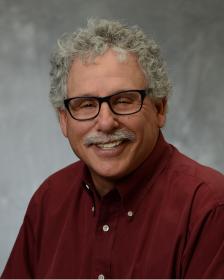 Dr. Mark Rosentraub is the Bruce & Joan Bickner Endowed Professor of Sport Management and director of the Center for Sports Venues & Real Estate Development (formerly the Center for Sport & Policy) at the University of Michigan School of Kinesiology. He also serves as the Sport Management program chair. Prior to his time at U-M, Dr. Rosentraub was professor and dean at the Maxine Goodman Levin College of Urban Affairs in Cleveland State University, as well as the campus dean of Indiana University’s School of Public and Environmental Affairs (Indianapolis). He completed his PhD at the University of Southern California.

Dr. Rosentraub has published more than 100 articles in peer-reviewed journals, including the Public Administration Review, Public Finance and Budgeting, Tourism Management, and the Journal of Sport Economics, and has published more than ten books on sport business, public administration, and urban policy. He has received more than $26 million in funding from organizations such as the Lilly Endowment, Olympia Development, Bedrock Development, the Green Bay Packers, and many other cities. Dr. Rosentraub has served as a project consultant for major and minor league teams and for numerous urban planning and real estate development corporations, and has presented more than 100 papers at professional conferences all over the world. He is a sought-after expert in using sport as a platform for economic and urban development and has been featured in numerous media outlets, such as ABC’s Nightline, ESPN’s Sports Center, and the Wall Street Journal.

Dr. Rosentraub teaches SM 440: Sport, Economic Development, and Urban Revitalization at the undergraduate level, as well as experimental courses at the undergraduate and graduate levels, including SM 313/KINESLGY 513: Monetizing Sport and KINESLGY 513: Sports, Economic Development, and Urban Planning. He holds a dual appointment in Urban and Regional Planning at the U-M Taubman College of Architecture and Urban Planning.

Revenue goals lurk behind decision to hold Big Ten college football games amid pandemic
Mark Rosentraub, professor of sport management, addresses some of benefits and potential drawbacks of playing football too soon
A hopeful (and realistic) plan for college sports
Why you won’t hear city council use the ‘A word’ in new arena talks
Teach Out: Free Speech in Sport
END_OF_DOCUMENT_TOKEN_TO_BE_REPLACED