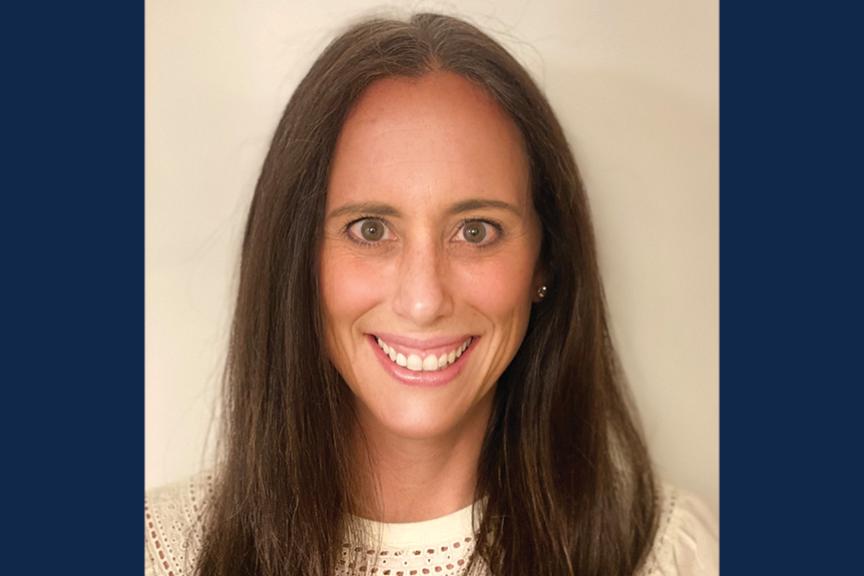 What drove your decision to apply to the School of Kinesiology and major in Sport Management?

Ironically, I came about Sport Management via a Movement Science major. Growing up in Baltimore, Maryland, and coming from a family of diehard University of Michigan alumni, including my father, sister, brother, cousins, and uncle, I always had maize and blue in my veins.

As a field hockey, soccer, and lacrosse athlete in high school, I suffered my fair share of minor injuries and spent time in physical therapy. I became enamored with how the body moved, worked, and healed during rehab. It fueled my passion for wellness and sports medicine, so it felt perfect to marry my love for Michigan with my desire to heal by pursuing Movement Science at U-M.

I was taking all the necessary prerequisites for my Movement Science major during my first two years, but I sprinkled in some Sport Management classes. I felt my interests and passion shift more towards Sport Management the more coursework I completed.

After my sophomore year, I interned with an orthopedic surgeon at Johns Hopkins Hospital who worked with professional athletes and provided a firsthand look at the healing process. I would scrub into the operating room and shadow the surgeon; additionally, I followed the patients through the rehabilitation work with physical therapists. While it was miraculous to see the patients thrive, I struggled to see myself doing this professionally. I kept thinking about the athletes themselves and their careers, leagues, teams, etc., and felt energized by what transpired in the office or off the field rather than the body mechanics as it relates to on the field. I switched from Movement Science to Sport Management at the beginning of my junior year.

How was the transition from Movement Science to Sport Management?

I was fortunate to have completed most of my Sport Management prerequisites during my first two years. I dove into the Sport Management classes with excitement. It felt organic for me to learn about the leagues, teams, and the associated business involved with sports.

I was determined to intern with a professional sports team before my senior year. I secured a marketing internship with the Baltimore Ravens, and it was exhilarating to intern for them because it reinforced my Sport Management decision. I was part of a team of marketing interns that worked closely with corporate sponsors on building and maintaining client partnerships during the summer before the opening of the new Ravens Stadium. What I did during that internship felt natural; I loved the pace, the collaboration, and the teamwork.

This internship fueled my love for sports, and I returned to U-M invigorated. I was a media relations intern in the U-M Athletic Department during football season and worked alongside the media in the press box on game days. From there on out, I was hooked.

What have you done since graduating from the School of Kinesiology?

Upon graduation, I knew two things: I wanted to be in New York City, and I wanted a career in sports. I was fascinated with all aspects of the sports business and just wanted to get more experience and exposure. I was open to virtually any sports-related job.

After a short search, I was elated to secure a job at ESPN as an ad sales assistant. It was a dream job to be able to work for a television network exclusively focused on sports. I learned an incredible amount in that role about media negotiations, strategic partnerships, business development, sports programming, etc.

One of the largest accounts I worked on was Anheuser-Busch. I built a close relationship with the media team at Anheuser-Busch; after a year at ESPN, Anheuser-Busch recruited me to join their in-house media agency, Busch Media Group, as a sports media buyer. I went from a bustling office with hundreds of people at ESPN to a small office of roughly ten seasoned marketers. Fortunately, being in such a small office gave me access to several high-profile, detail-oriented partnership meetings where I was an integral part of the negotiating process. The experience I gained at Anheuser-Busch was unparalleled. I learned about negotiating, the nuances of the media business, sports rights, the intricacies between official sponsorships and the league, etc.

I grew in my role, got promoted, and eventually moved to the entertainment side running Anheuser-Busch’s national TV media buying.

Being at a large university can feel daunting, but within the School of Kinesiology, you sense this supportive and welcoming environment.

How is your role at Disney (ESPN) different from when you first worked at ESPN out of college?

When I first worked at ESPN, I sold ESPN networks to advertisers for television. The other Disney media properties had their own sales team. Now, over 20 years later, with a combination of department shifts and business acquisitions, the Disney ad sales team represents all properties (ABC, ESPN, Nat Geo, FX, Disney, Freeform, Hulu) across all platforms (television, digital, and social).

Additionally, Disney has been a thought leader in the industry by creating a 360-degree approach to the business with two sales teams. One focused on agency relationships while the other worked in a vertical capacity closely with clients. This strategy enables a collaborative strategic approach to the market, given the breadth of our assets. In my role at Disney, I work on the category sales team supporting consumer packaged goods clients.

How have you seen the media industry from the buying and sales side evolve over the years?

With the ever-changing trends of viewing behavior, the shift from media consumption on TV to digital viewing has been drastic. When I started in the media industry, the focus was on the big broadcast network ratings, and digital was more of a curiosity. Now, digital is a must-buy with TV as a compliment.

Additionally, the precision of how we connect a brand message to a consumer has gotten so exact. It’s incredible how data and technology have allowed us to specifically target consumers with brand messages at the exact place and time. This has been a game-changer in how buyers and sellers conduct business.

It’s incredible to watch the industry transform in front of your eyes and see how the media community adapts accordingly.

What was the best part about the Sport Management program?

The School of Kinesiology was incredible in supporting my path and shift in majors. I had an outstanding advisor who listened, challenged, and supported me during my four years at U-M.

Being at a large university can feel daunting, but within the School of Kinesiology, you sense this supportive and welcoming environment. The intimacy of being in a smaller school enabled me to test and eventually pursue switching from Movement Science to Sport Management.

Specifically, I was impressed with Sport Management’s diverse, comprehensive course selection. Also, the opportunities outside the classroom and at my fingertips were beneficial, l and I took full advantage of getting involved.

How has your Sport Management degree contributed to your success, and what advice can you share with current and prospective students?

I have a tremendous amount of pride as a graduate of the School of Kinesiology. The student and alumni community have enabled me to tap into resources, connections, and networks over these past years that have been professionally and personally fulfilling.

Professionally, I feel a great deal of clout having a Sport Management degree from the School of Kinesiology. It’s enabled me to unlock doors to impactful meetings and build meaningful business relationships. I find such gratification in giving back to the school. I have been a mentor to multiple students over the years and love empowering and supporting students on their journey. I find such joy in seeing my mentees thrive in their careers.

As for advice for the students: Lean in! You are fortunate to have such invaluable tools at your fingertips to succeed. Whether it be teachers, mentors, clubs, etc., take advantage of the resources, as you never know what path it will lead you down. Dream big and GO BLUE!