Movement Science BS, Class of 2006
Physical Education Teacher
Winner, Race to the Center of the Earth 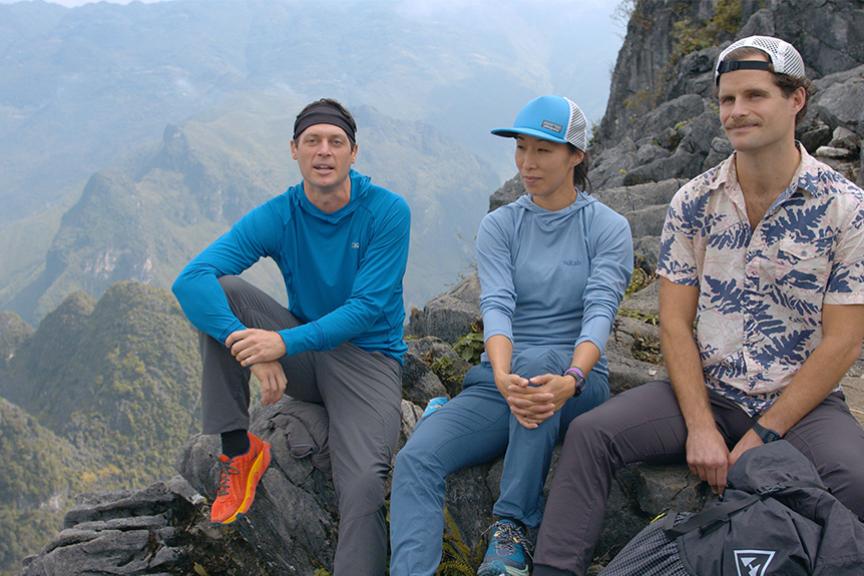 So when the 2006 Movement Science graduate ran across an internet casting call for National Geographic’s Race to the Center of the Earth, he knew this reality show was meant for him.

Race to the Center of the Earth is a global competition pitting four teams against one another in a non-stop sprint across the globe for one million dollars. Teams started from different regions of the earth (South America, Russia, North America, and Southeast Asia) and faced jungles, the Arctic, deserts, cities, mountains, and oceans before reaching a location where all four points intersect.

After two weeks of grueling competition, Batey and his team came out victorious, winning the race and the $1 million prize.

“We came in with two main goals (in order): the first was to operate as a team, first and foremost. To support each other, to communicate effectively, and to use our individual skills to bolster the team,” Batey said. "The second goal was to win. We are incredibly proud to have accomplished both goals, and were able to do so while having fun, pushing ourselves to our limits, and acquiring new skills along the way.”

The competition was held in two stages. The first stage, which lasted 13 consecutive days, saw teams travel a daily route through their region only using a GPS device. Teams had to complete the route under the predetermined amount of time to earn points for the day, and whoever earned the most points over the 13 days received an advantage during the second stage.

Teams then started the second stage in a central location to make a final push to the finish line: a buoy off the coast of Hawaii containing one million dollars.

“Each day was a new unveiling of where we were going to go,” Batey said. “The amount of uncertainty was incredibly high. You didn’t know what you were doing each day until you got the GPS.”

Producers only revealed to Batey and his team a list of 50 extreme activities, including glacier- and cliff-climbing, mountain biking, and kayaking, that he could encounter. It wasn’t until he arrived at the airport that he learned his team was traveling to Vietnam.

The ability to have that education and also work in a space where I could do research was a cool part of being at U-M that you might not get at a smaller school.

The first episode, which aired March 29, saw Batey hike Vietnam’s Mã Pí Lèng Pass, bike uphill to Heaven’s Gate bus stop, and then ride a bus to their final day-one destination at a rice farm in Hà Giang. The next day Batey’s team had to board a seaplane and fly to Ha Long Bay and then travel by boat to a fishing village. From there they had to row a sampan to their final day-two destination aboard a junk, a small Chinese sailing ship.

A big stressor for his team was trying to navigate public transportation.

“We had no control over the situation. We’re hailing a public bus that isn’t prepared for us and doesn’t know we’re coming. We cram onto the bus with all the local people and the bus is doing normal routes and stops, so we were kind of at the mercy of public transportation where the roads aren’t always paved and the buses aren’t always on time,” Batey said.

Batey’s cumulative knowledge from his Movement Science degree helped his team recognize and manage when their bodies were fatigued and how to mitigate the consequences. “It was a matter of knowing our bodies and knowing since we’re in this hot, humid environment that cramping and hydration would be key. We made sure to take some electrolytes to avoid getting cramps and we were aware of how our bodies functioned,” he said.

One of Batey’s favorite experiences in Kinesiology was working in the Motor Control Lab and helping students with Down syndrome on their motor control and walking skills.

“The ability to have that education and also work in a space where I could do research was a cool part of being at U-M that you might not get at a smaller school,” he said.

After graduation Batey moved to New York City and worked as a personal trainer before accepting a job as a physical education teacher in Brooklyn, New York, where he immediately realized teaching and engaging kids in physical activity was his life’s passion. He taught in Brooklyn for five years before accepting his current job in Seattle.

Batey, who also coaches his school’s cross country team, emphasized: “the team, the team, the team” (made famous by legendary U-M football coach Bo Schembechler) during his time on Race to the Center of the Earth.

“No player or coach is bigger than the team. The mantra within our team was, ‘we’re together, we’re moving at the speed of our team.’ It doesn’t matter if one person can do it faster; it’s whoever needs the most help we’re going to give them that help and then we’re going to move. Always together and forward,” Batey said.

The show began filming in October 2019 and wrapped right before the COVID-19 pandemic hit.

“We were racing in an almost bygone era of time when the pandemic wasn’t a thought yet,” Batey said. I’m hoping this is a preview of what it will be like when we can again travel and engage with other cultures outside our own.”

Race to the Center of the Earth airs Monday nights at 10pm on the National Geographic Channel.