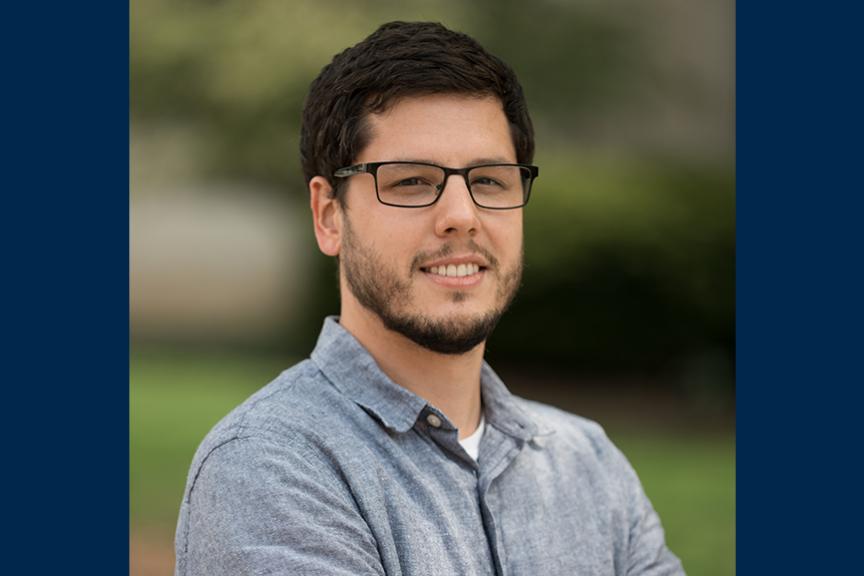 I completed a three-month forestry research internship in Finland before landing a job as a medical writer. Then, I was accepted into the Wake Forest University School of Medicine for a PhD program in Integrated Physiology and Pharmacology. I knew I wanted to focus on aging and cardiovascular disease for my post-doctoral research, and it happened that Daniel Goldstein [professor of Internal Medicine at Michigan Medicine] had transferred his lab to U-M from Yale. His lab focuses on cardiovascular aging, so I knew it would be a good fit.

What are you currently researching?

How did you decide to focus on aging?

I worked for a lab within a department in the Wake Forest Center for Aging and Rehabilitation while I was pursuing my physiology graduate degree. I became interested in aging as I was researching geriatrics and gerontology, which in turn led to an interest in studying mitochondria. I started off studying human patients’ blood samples from clinical trials, but switched over to mice at U-M. The advantage of mice is twofold: they model certain features of human diseases and their lifespan is shorter, making lifespan studies easier.

The School of Kinesiology Movement Science degree prepares you well for a career in varying aspects of modern medicine. The degree integrates with medicine, physical therapy, occupational therapy, medical writing, and the pharmaceutical industry.

What are you looking to do next?

I have accepted a position as an Assistant Professor at the University of Alabama Birmingham, where I will get to start my own lab. In April, I received a five-year Pathway to Independence Grant from the NIH, which provides me with two more years of training and three years of funding to start my lab.

How has your Movement Science degree helped you prepare for what you’re doing now?

My interest in Movement Science dates back to my interest in exercise science and the human performance aspect related to sports. However, instead of working with athletes during the prime of their athletic performance, I worked in the Wake Forest Section of Gerontology and Geriatric Medicine conducting trials on older, obese populations. For them, exercise and physiology are important to preserve their physical function to complete daily activities. To me, it is more impactful than pushing human performance for sporting events. I think that is why a lot of Movement Science’s labs focus on the prevention or treatment of associated with aging.

What is the best part about the Movement Science program?

I had a lot of freedom to choose the direction I wanted to go. Additionally, I didn’t have to take a long list of irrelevant prerequisites. I knew I wanted to go to graduate school, but I didn’t know if I wanted to go the clinical route in medicine, physical therapy, or do something along the research route. Movement Science exposed me to various options and the research I did was impactful.

The School of Kinesiology’s smaller size was beneficial as well. One benefit was the ability to email professors who were researching areas I was interested in. I worked in Professor Daniel Ferris’s human neuromechanics lab for a year, and it was very informative. His lab intersected motor control and biomedical engineering and I walked away thoroughly enjoying conducting research.

Movement Science also felt like a tight-knit group. Since the courses were smaller, you would go through your courses with most of the same people. In some majors, courses could reach upwards of 300 students for one class.

The School of Kinesiology Movement Science degree prepares you well for a career in varying aspects of modern medicine. The degree integrates with medicine, physical therapy, occupational therapy, medical writing, and the pharmaceutical industry. There are also jobs in hospital administration or other aspects of healthcare that aren’t specifically biology, but having the background knowledge that Movement Science provides is important. The focus on human biology and exercise physiology, as opposed to some of the more basic biochemistry or plant biology courses, is also useful.

In particular, there are three areas I thought the School of Kinesiology did a great job with: the focus on human physiology, biomechanics, and motor control. Those were the three pillars of the MVS program and it gave me an education that was relevant to modern biomedical research.