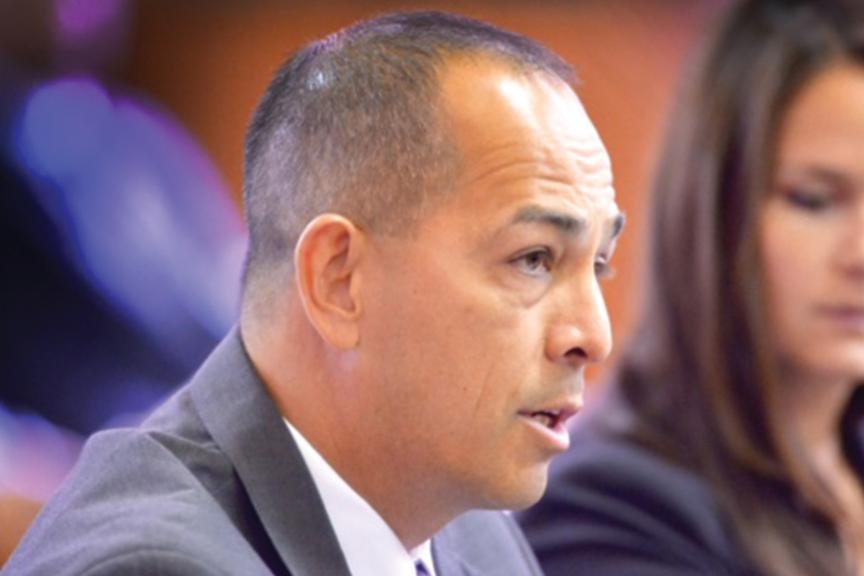 "If you do something you love, you will never work another day in your life."

Bill Shinavier (MVS MS ‘96) lives by this quote every day in his role as senior associate athletic trainer for U-M men's soccer.

Shinavier joined men’s soccer in August 2002. He has also worked with women's softball and men's gymnastics throughout his 20 years with Michigan Athletics.

Now, nearly three decades later, Shinavier can add something else to his resume: “Hall of Famer.” He was elected into the Michigan Athletic Trainer's Society (MATS) Hall of Fame during the MATS annual meeting in June.

Shinavier said receiving the award was totally unexpected. When it was announced during a staff meeting, he thought they would say someone else’s name.

Shinavier has served in various roles with MATS over the past 14 years, beginning in 2006 with the Sponsorship & Donations Committee. He moved on to become MATS treasurer for four years before becoming president-elect and eventually president. After his presidency, he continued as committee chair for the Practice Advancement Committee.

"At that time, athletic trainers paid the highest license fees in the State of Michigan for healthcare professionals. The legislation we put forth helped align us with nurses, physicians, and therapists and would allow ATs to pursue recognition from insurance companies," he explained.

From there, Shinavier said MATS could begin having conversations with insurance companies.

Initial meetings were held in May 2016. It wasn't until October 2020 that Blue Cross Blue Shield recognized athletic training services as a covered benefit. The policy became effective in January 2021. Now the State of Michigan is one of a handful of states where Blue Cross Blue Shield recognizes athletic trainers as autonomous providers of physical medicine and rehabilitative care. Other states include North Carolina, New Jersey, Indiana, Wisconsin, Vermont, and Georgia.

In addition to his work in Michigan Athletics, Shinavier is also an intermittent lecturer of Athletic Training in the School of Kinesiology, a role he has had since 2005. He said this experience has helped make him a better clinician.

"Teaching is a great way to give back. I always enjoy the energy and the curiosity the students have," he said. "The field of sports medicine and athletic training is constantly changing. There is always more to learn to try and stay on top of the current trends in athletic training."

Shinavier said his experiences in Kinesiology and at the university helped him to get where he is today.

"The opportunity to learn from leaders in the fields of kinesiology and exercise science was unmatched. The educational experiences I had here at Michigan were top-notch, and I definitely grew as a student," he said.

He credits Victor Katch, professor emeritus of Kinesiology, with challenging him and his classmates. Each week his graduate seminar class would present research on a topic of their choosing, Shinavier recalls. When they finished, Dr. Katch would ask questions designed to further pick the study apart.

"You had such a better understanding of research and how to read studies by the end of the semester. We were all better students because he challenged us," Shinavier said.

He added that working as a graduate assistant and learning from University of Michigan athletic trainers like Paul Schmidt, Lisa Hass, and Todd Jager was invaluable.